Disadvantages of Living in Cul-de-Sacs 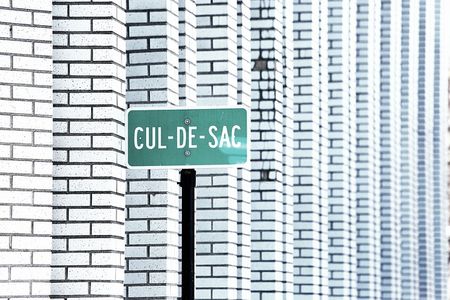 What are the reasons for people who avoid cul-de-sacs area or are put off by it?

It’s an excellent place for people who have kids, and arguably a lot of people who specifically look for homes in cul-de-sacs area, but in turn, this reason is exactly the turn off for a certain portion of the market. Those who have a family or those who are planning to have kids are attracted to cul-de-sacs, but apparently, not elderly people and people who don’t like kids.

Kids are generally loud and some people avoid neighborhoods in which a lot of kids can freely roam about the place. That’s exactly what cul-de-sacs is.

There’s also a big potential of property damage since cul-de-sacs is the neighborhood’s literal playground. Balls flying to neighbor’s windows would not be the first story you’ve heard in a cul-de-sacs area. This is especially apparent during summer.

Kids who play in the cul-de-sacs area are not just kids whose house is there. Children from the middle of the block often come playing as they join their friends. You’d likely have a double the amount of kids from the whole street.

(Other People’s) Cars and Parking

While cul-de-sacs prevent a lot of strangers’ cars passing to and fro your area, the ‘privacy’ it offers also mean your neighbor’s visitors can park in front of your doors. A lot of people owning cul-de-sacs property told stories of neighbors’ guests parking in your driveway or blocking it.

Some people use the turning circle for parking. This is especially apparent during the time when your neighbor is having visitors. Celebration for their children’s graduation, birthday parties for the kids, you name it.

The cul-de-sacs is an instant makeshift parking lot. It’s also been mentioned that since owning cul-de-sacs, there’s also the the fear of running over someone’s children, as there’s a freedom of children playing outside unsupervised by their parents most of the time.

It’s not rare to hear stories of people putting up basketball nets in the cul-de-sacs, effectively turning the place into a basketball court. Cul-de-sacs areas with family and kids is guaranteed to become all sorts of sports courts.

Some cul-de-sacs collect junks, many kinds of junk. Toys, old bikes, some even collect garbage cans. While the privacy and the large space on the front it offers are great, people can do whatever they want and sometimes it can be a disadvantage.

Try To Understand Property Market and Its Future

Find Out How Millionaires Treat Their Money